So Christmas has been and gone. It was manic right up until Christmas morning as I had a commission to finish and presents to make.

Love this contrast of strawberries and cream consumed on Christmas day and the display at Darling Harbour on Boxing day. 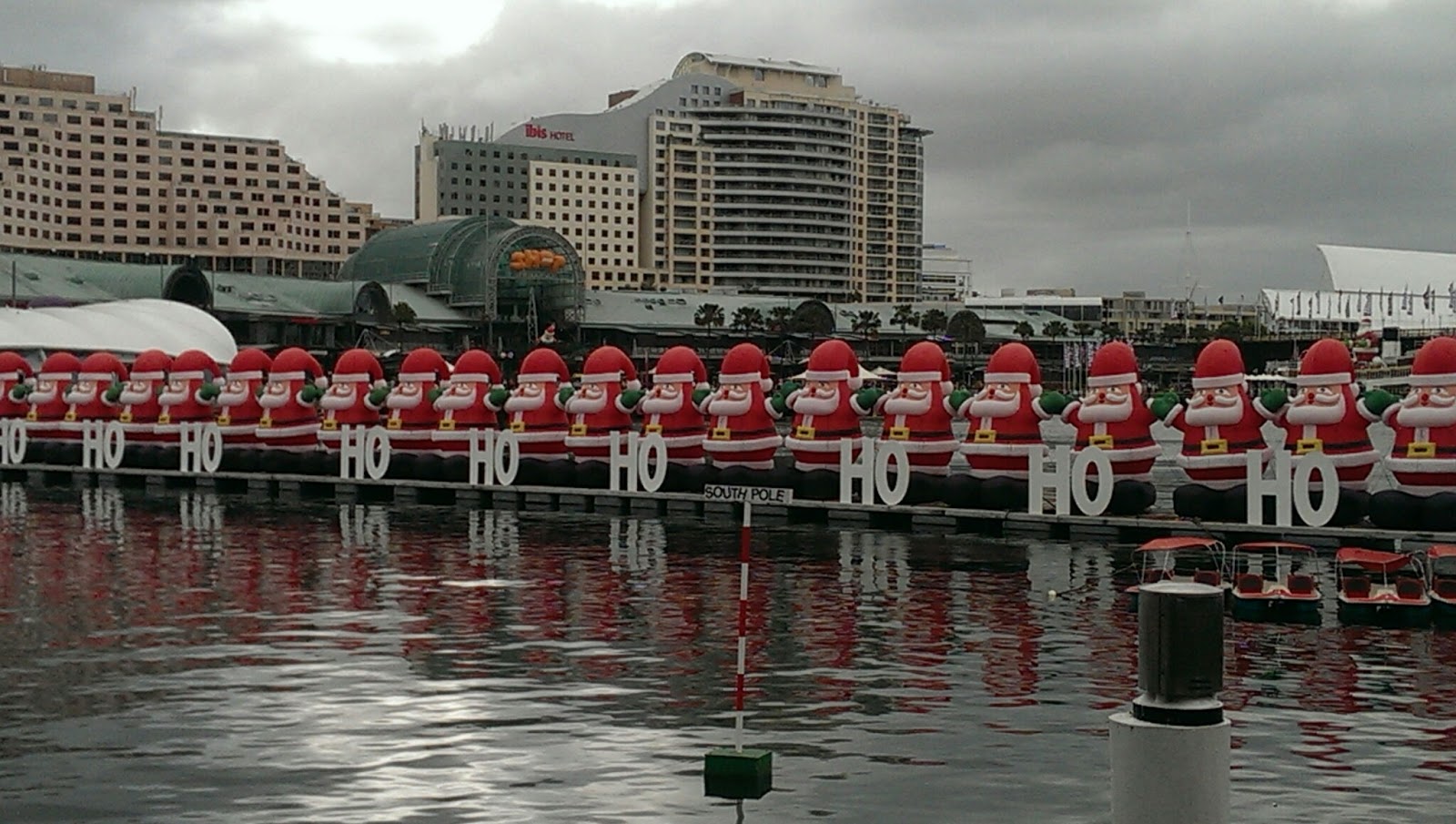 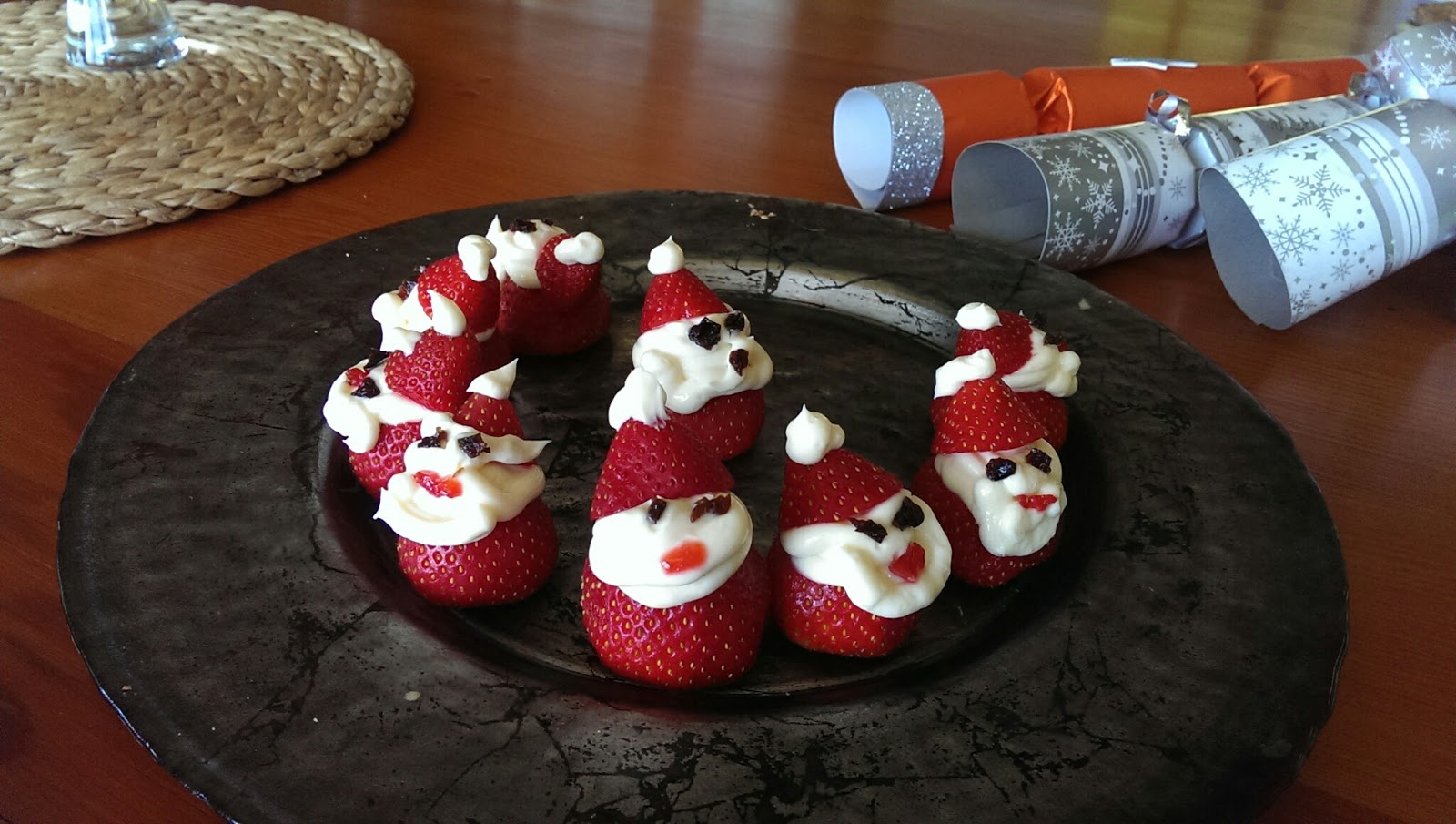 Posted by Spikeabell at 5:30 PM No comments:

We spent Christmas day at parents house in the Central Coast. 'We' being Dougie, Matt (Dougie's nephew), myself and Mum and Dad. Apart from getting a commission finished I also wanted to give gifts that were hand made.

The woodland tankard is finally finished! Along with some international beers I gave Dad the 'Woodland tankard' that I have been working on here and there for a year or so. I love the look with beer inside.

For my Mum, a cast crystal relief of blossoms. It has found a spot where the light catches it, in her very meditative bathroom. 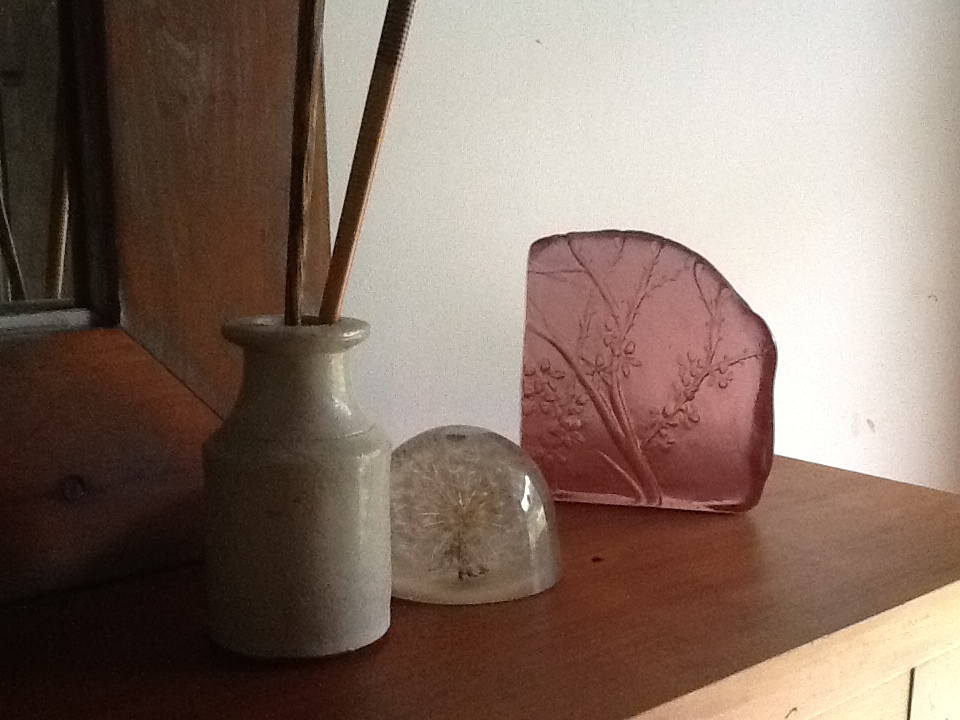 and finally, a late present for them both for their 40th Wedding Anniversary. I had cast the keys in Ruby crystal (40=Ruby) but the glass had other ideas. Luckily I ended up with a gorgeous orange, a colour my mother loves. The interlocked keys are quite tricky, more for getting them out of the mould material and polishing really. Patience! 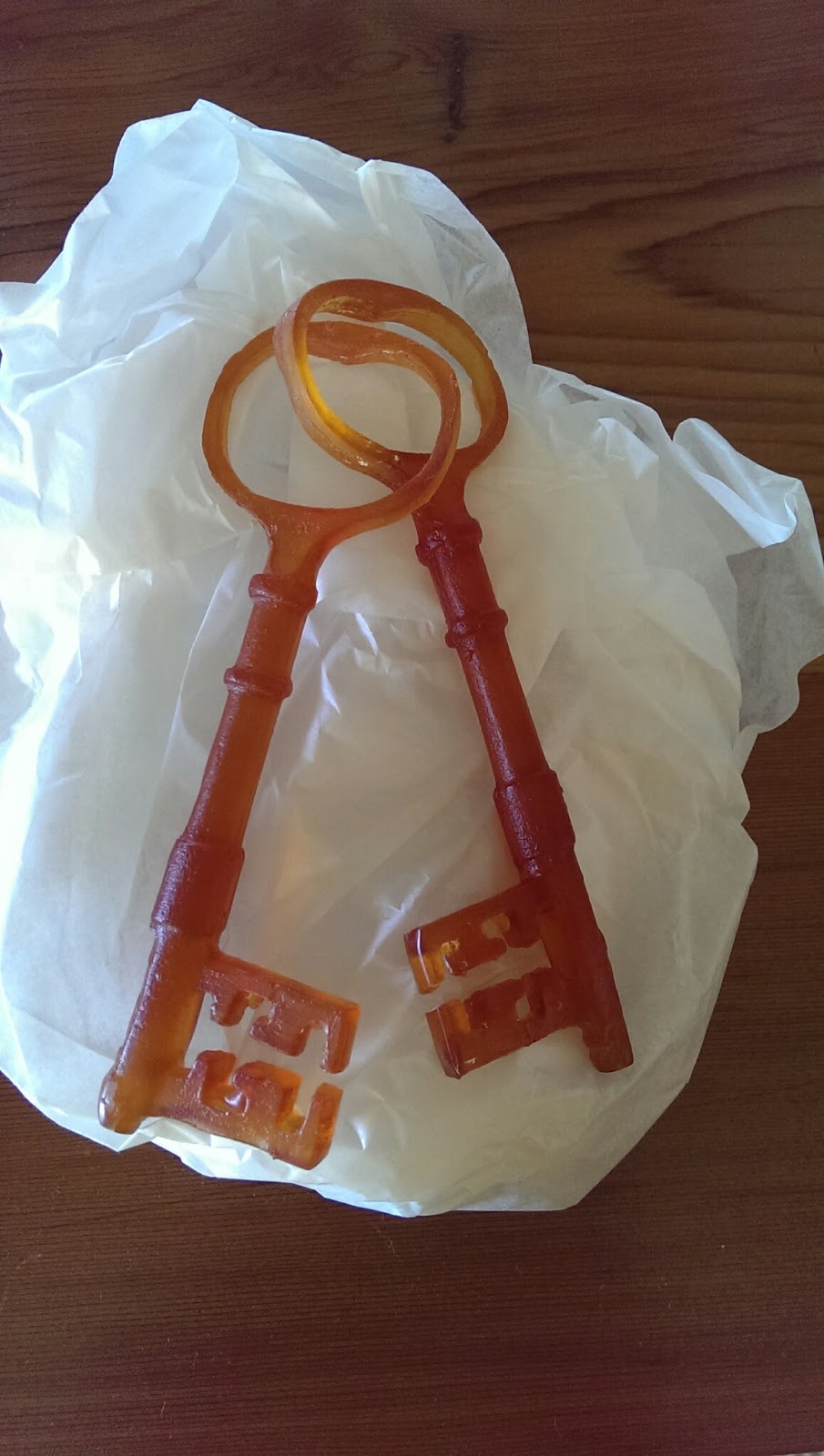 Posted by Spikeabell at 12:31 PM No comments:

For my mum's birthday I stitched a small embroidery of a Californian poppy. I have been saving seeds from our own flowers, so I included a little bag of seeds too. Those flowers have given us so much happiness and colour over the last few months, I hope they give the same in my parents garden.

5 keys for Kieu. I love this colour way. I hope her friends like them! 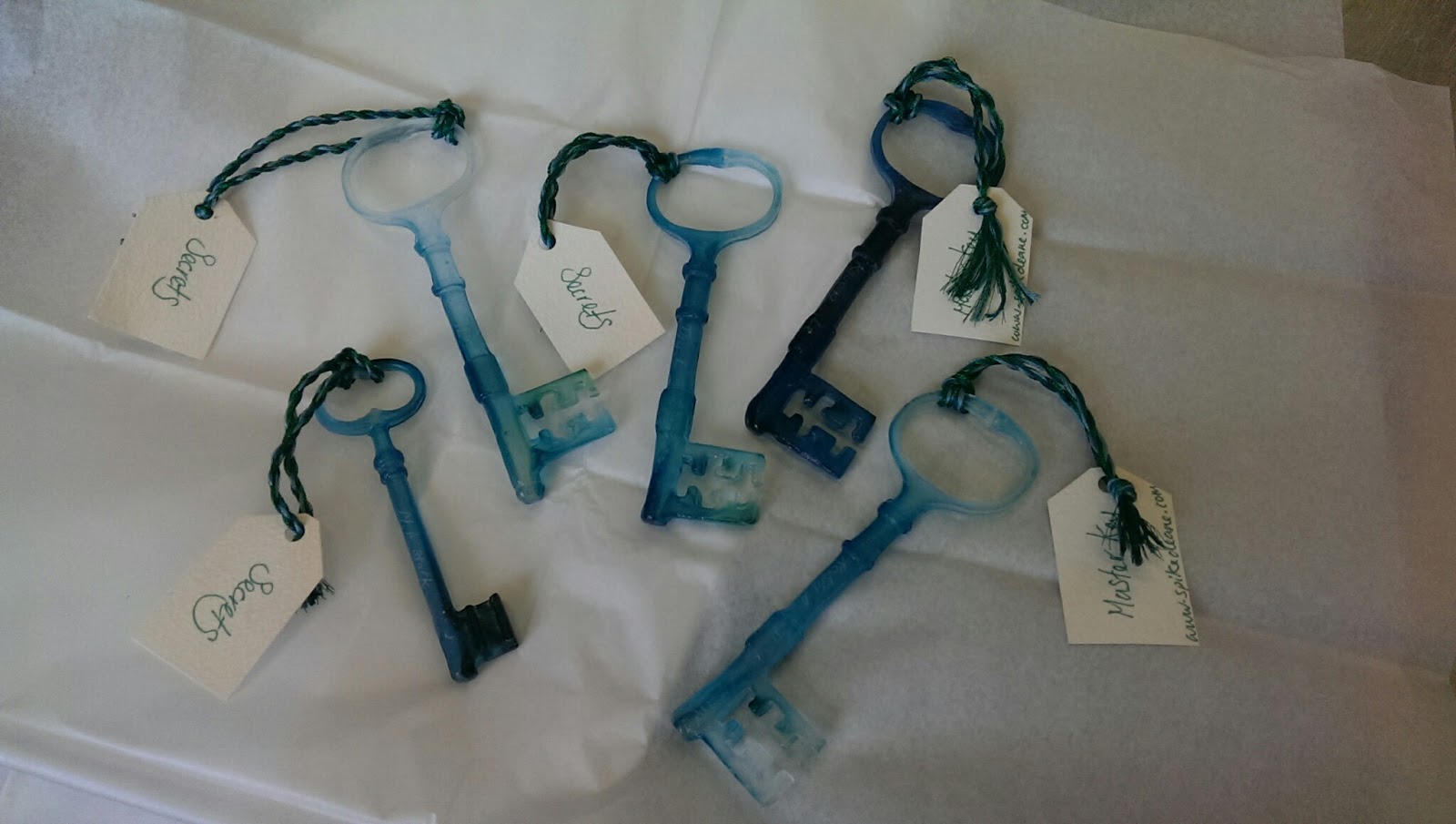 Posted by Spikeabell at 12:34 PM No comments:

Email ThisBlogThis!Share to TwitterShare to FacebookShare to Pinterest
Labels: keys 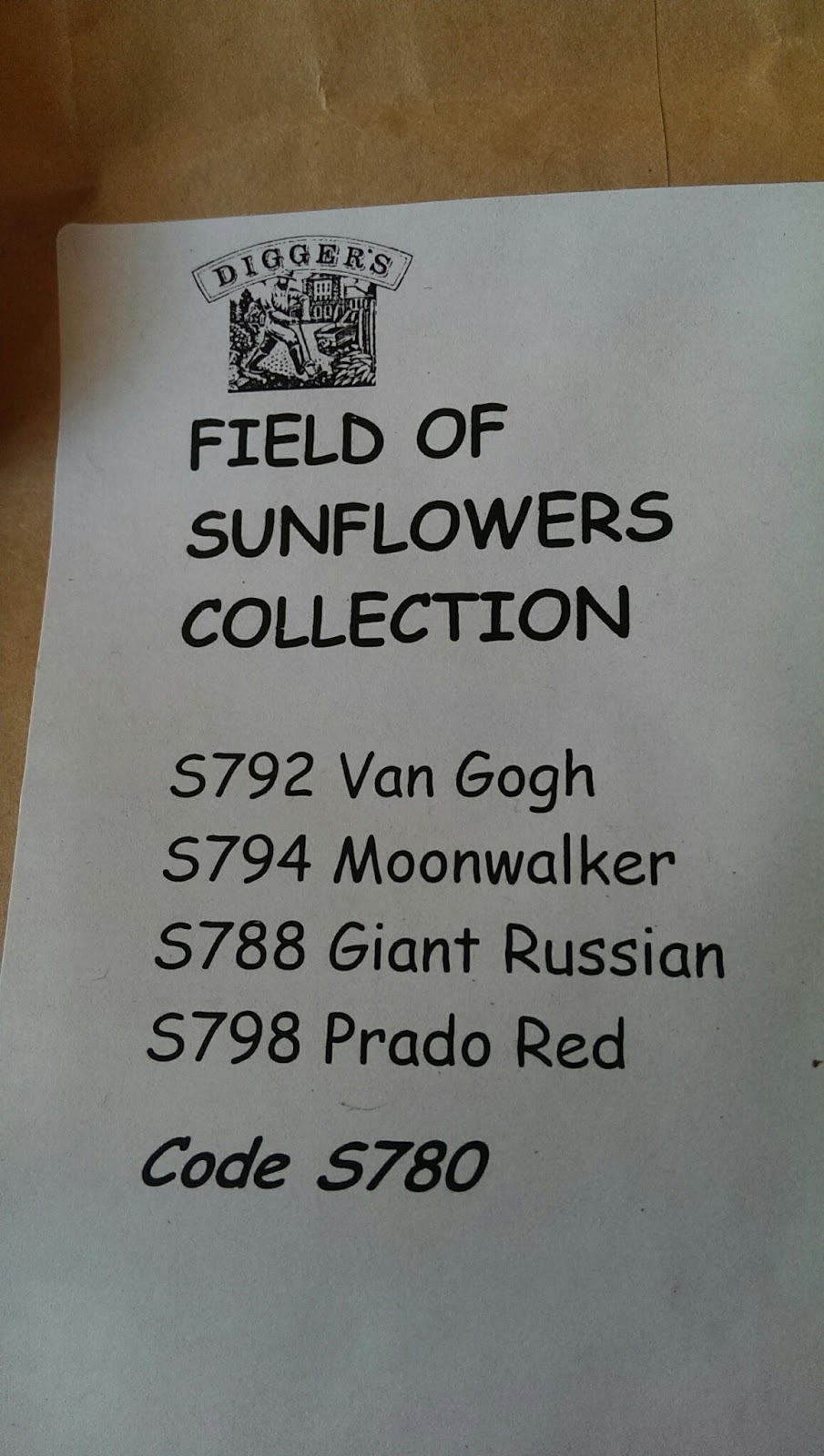 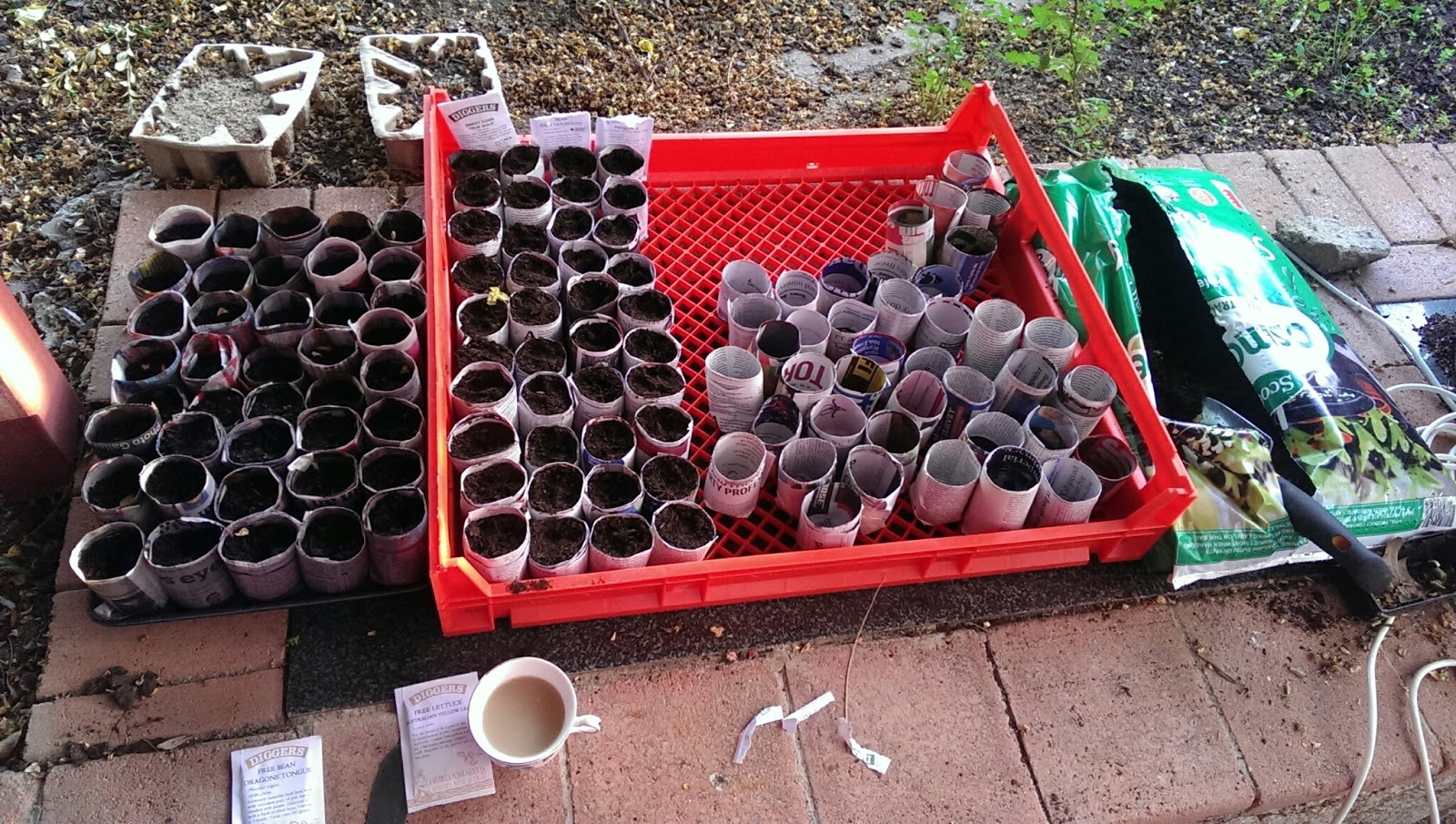 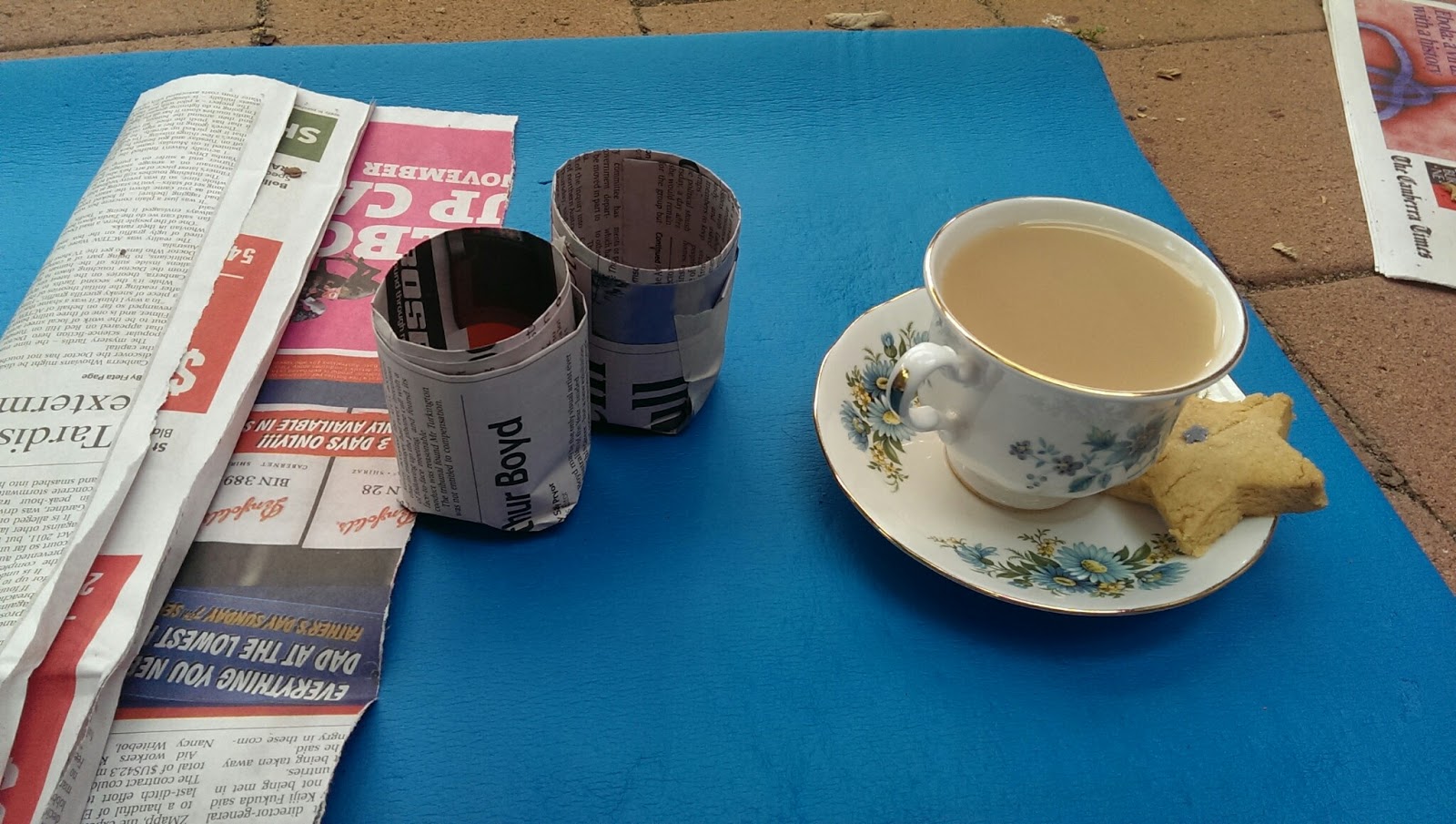 A quick trip to the Goldcoast

As usual my short holidays are actually accompanying Dougie on business. He gets to work, I get to relax. The last few days were spent in the Goldcoast which is really lots of sun, beach, nightclubs and shopping. (Not actually any of my favourite things to be honest) However, on the plus side I was able to catch up with a very good friend and see her Honours art work in exhibition. I did visit the beach and found some lovely shells and pumice. I read by the pool. We had breakfast with friends. I went op-shopping (OK there are some types of shopping that I like). I swam and did yoga.

Oddly, in Australia the end of October is also the last day to get in your tax return without incurring a fine. So as usual Halloween gets rather ignored in the rush to get forms filled out in time.

However, I did light up the living room window in a spooky green and some of my more 'gothic' gass pieces.  In case of any trick or treaters I masked up and popped on a 'summer gown'.

Alas, only 2 small children came by, when it was light. Ah well, 4 jelly snakes down, an entire packet left. 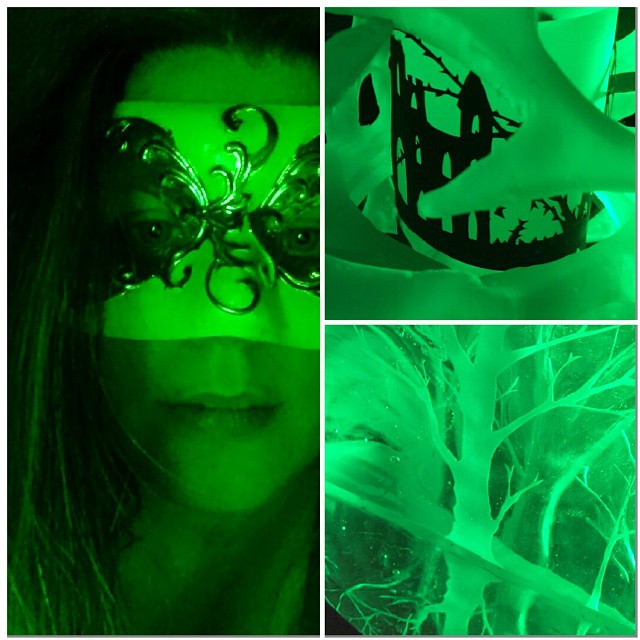 Posted by Spikeabell at 11:44 PM No comments: 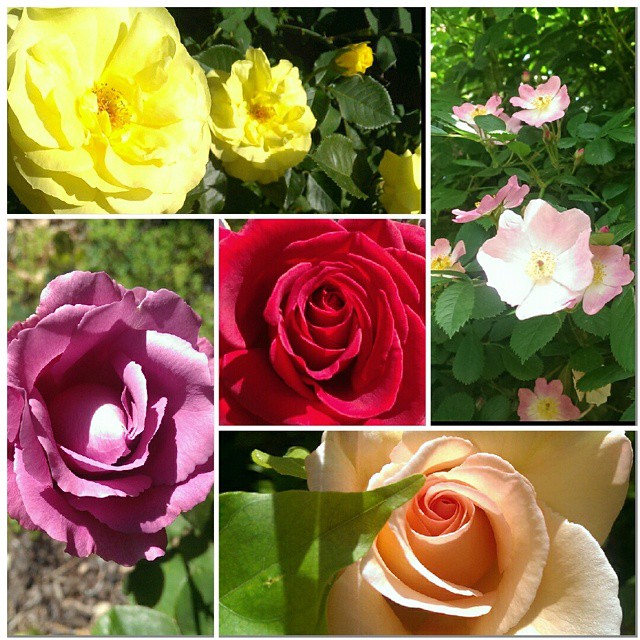 Email ThisBlogThis!Share to TwitterShare to FacebookShare to Pinterest
Labels: flowers 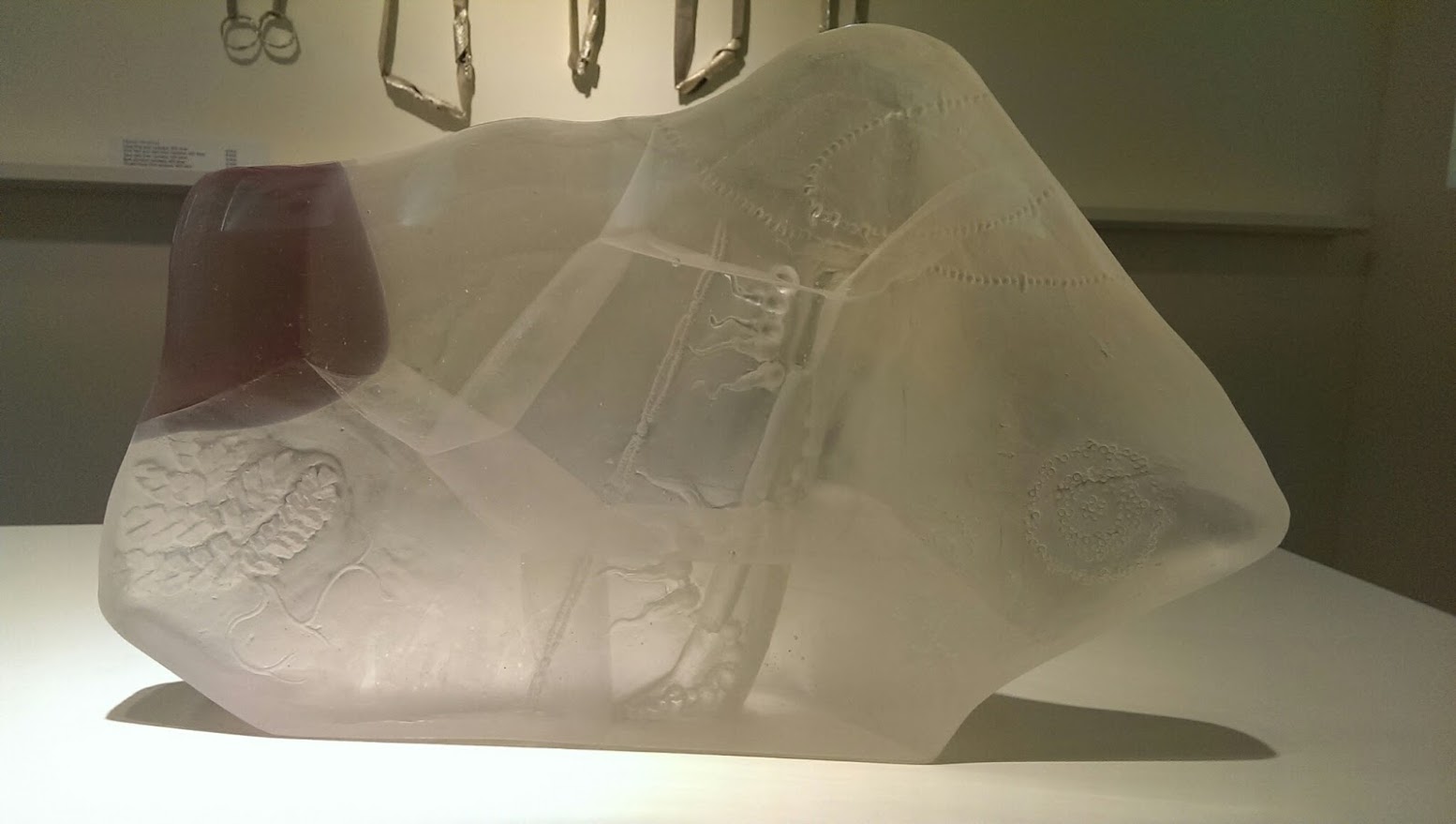 By now the 'Plasmodesmata' piece will have been gifted to it's intended recipient, so I feel I can share the final piece and all the details over in my quiet space of bloggerdom. I compiled an overview for the client, part inspiration, tests and processes which I though I would share on here, useful to have it all in one spot.

This commission was designed as a retirement gift for a botanist who had studied ‘Plasmodesmata’ for the entire span of her career. That’s what I call fascinated dedication!
The main focus is the plasmodesmata, pictured below. Put simply it's a communication channel in between plant cell membranes.


At our first meeting I was given 2 books and a sheaf of scientific papers and illustrations to familiarise myself with the subject of plasmodesmata and plant cell structures. For our second meeting I had some drawings and models to show, some ideas for a work… other to aid my understanding of what I had read.
Most importantly I felt I wanted to create some context for the main diagram (the plasmodesamata). I noticed that many of the samples of cell tissue came from the Azolla plant and decided to use imagery based around it, drawing upon a few details. Rendered in low relief (bas-relief) the imagery moves from small to microscopic: Azolla foliage, Azolla cells, a single cell, x-section of plasmodesmata to a detailed diagram of the plasmodesmata. 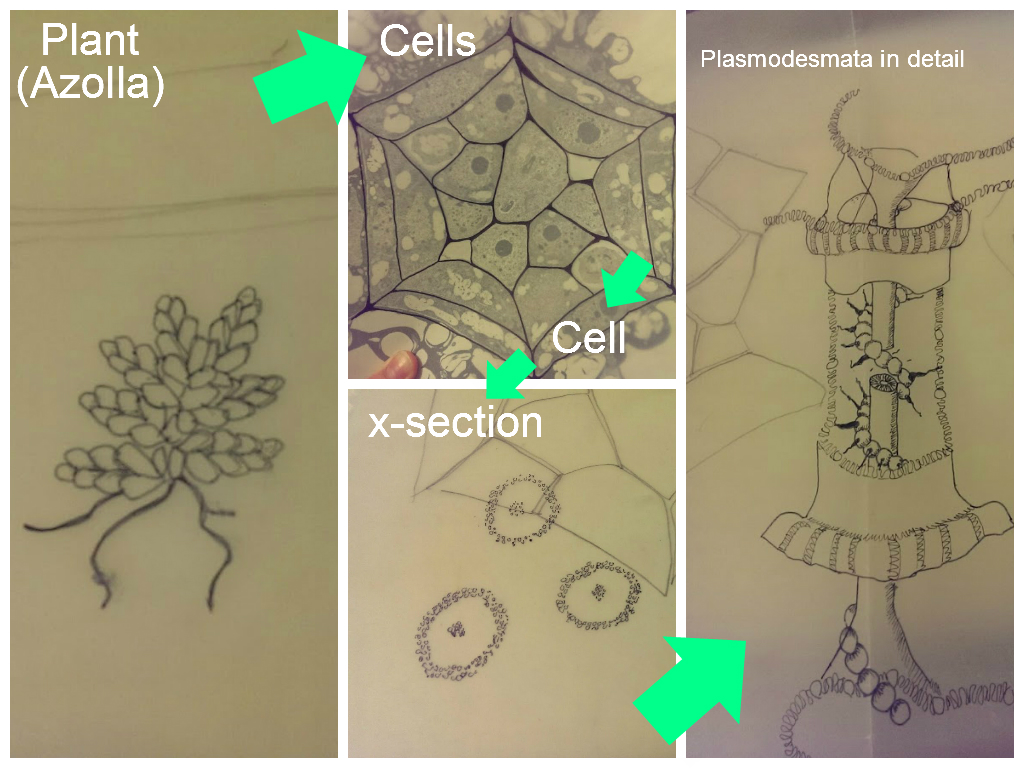 The most challenging part was deciding on an overall shape for the sculpture. I chose to work with plate 49 on page 104 of ‘Plant cell Biology an Ultrastructural Approach’. I liked the accompanying text that talked about the plate being “largely symbolic” as it referenced the relationships between all cells after a study of individual cells and components. I felt that fitted in with my desire to create a story or context for the plasmodesmata model.
I achieved the final ‘shape’ by tracing the root cross section over and over until I found a unit of cells that formed a ‘good’ shape. That means what I found to be a pleasing shape. 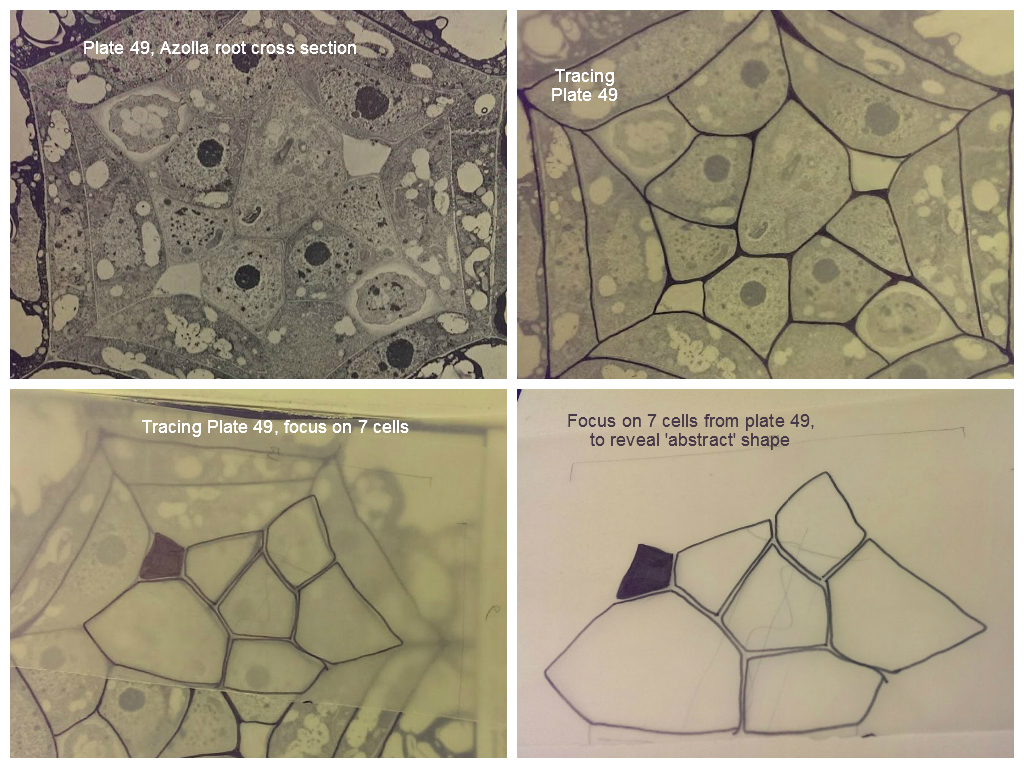 Here is the final shape in clay with some progress shots of the Azolla and plasmodesmata imagery being moulded into the final form. 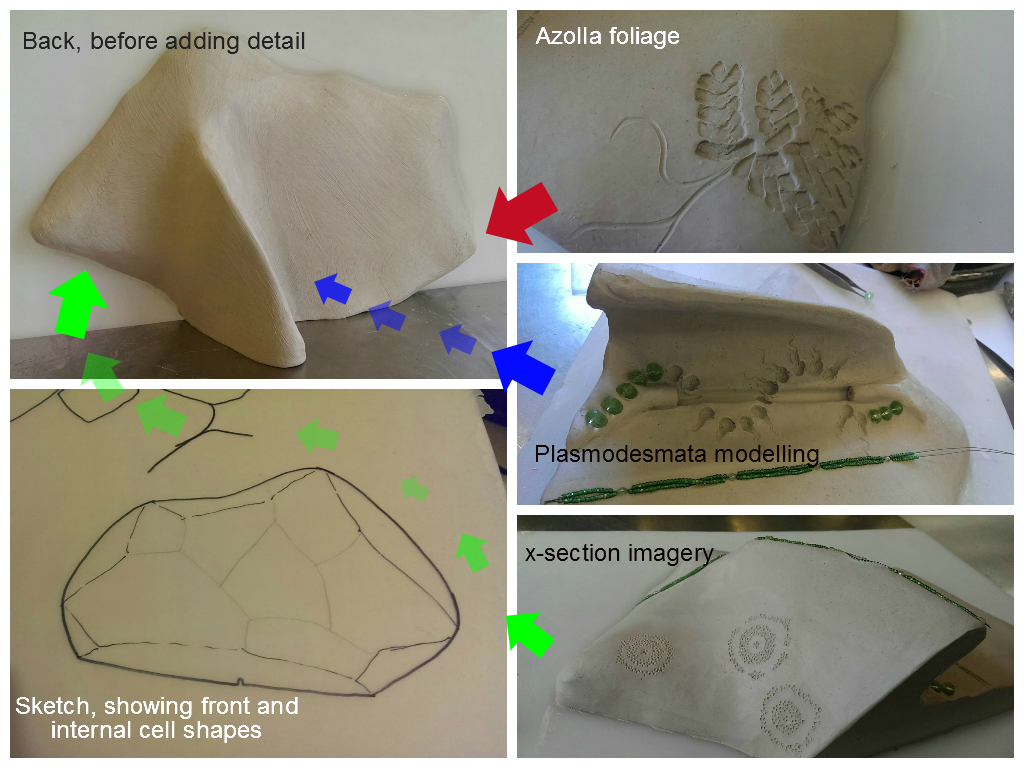 The way I hightlighted one cell among many was to draw attention to the cell by casting it in colour while the rest were in clear. I chose a crystal that has Didymium (praseodymium and neodymium) included in the chemical mix. It has a wonderful quality of changing colour depending on the kind of light it is viewed in. Green in cool light (fluorescent) and a pink shade in warm light (daylight). I thinks it’s rather cool and I like how the colours are evocative of Azolla. The pictures below are from some test pieces I made for texture and colour. 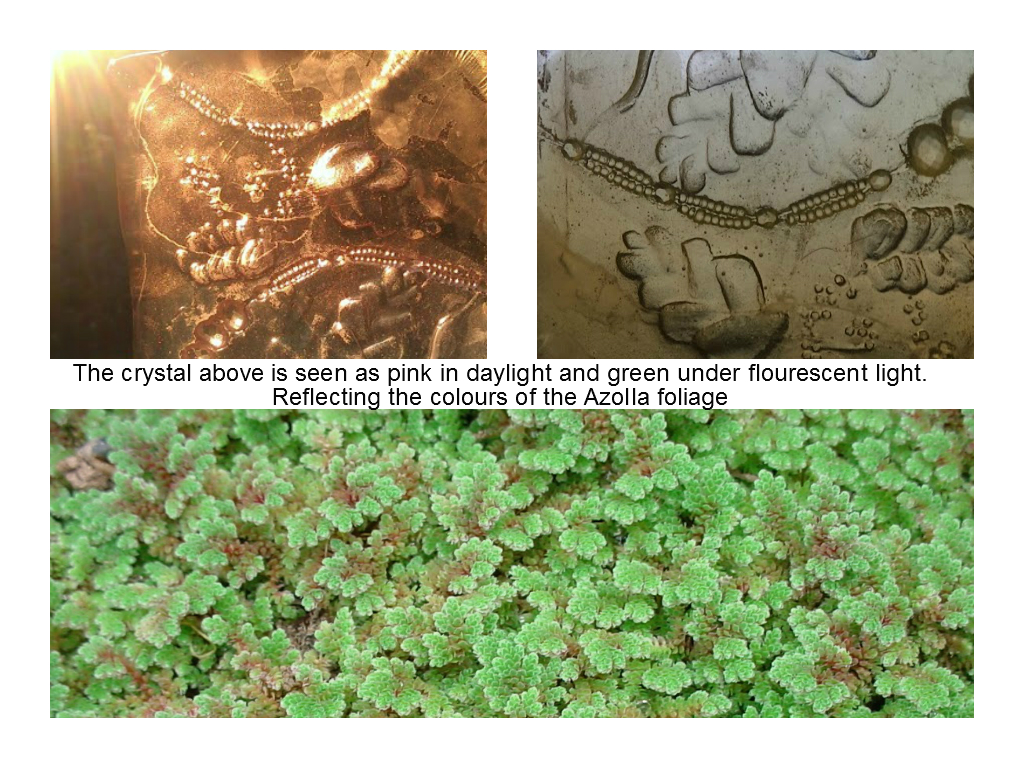 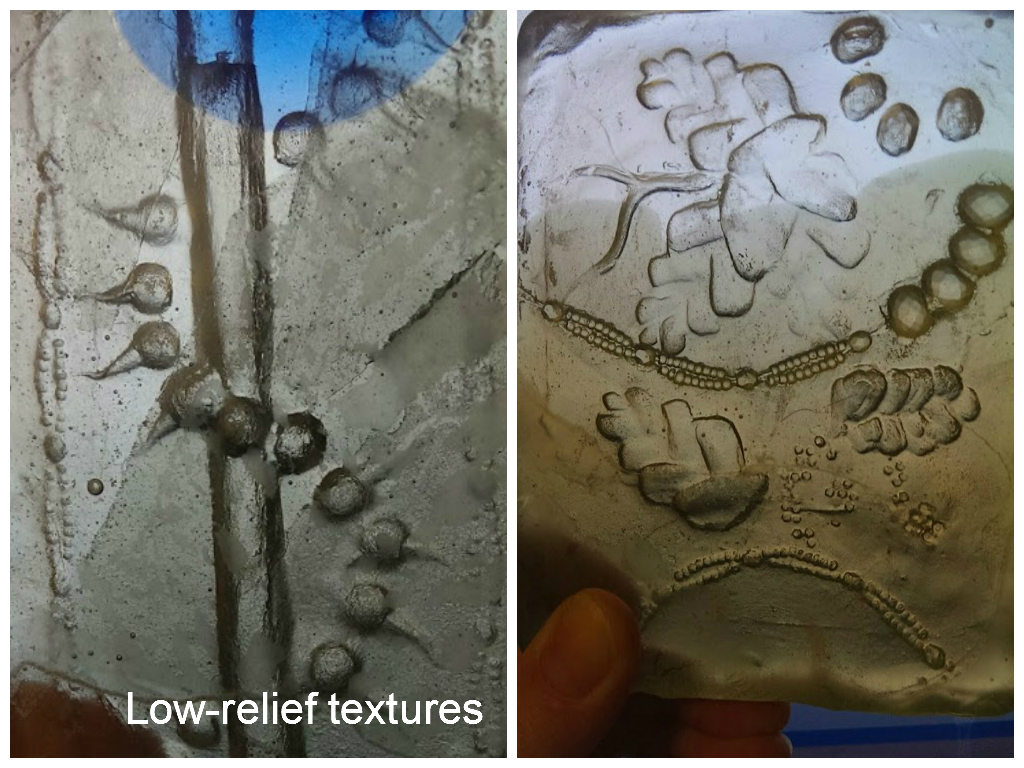 Now for some process shots of some casting! To get the ‘plant cell wall’ effect each cell was cast in glass separately.

Each ‘cell’ after demoulding was ground, sawn and sandblasted to refine the shapes, clean the surfaces and create the ‘tooth’ required for the fine veiling of bubbles. 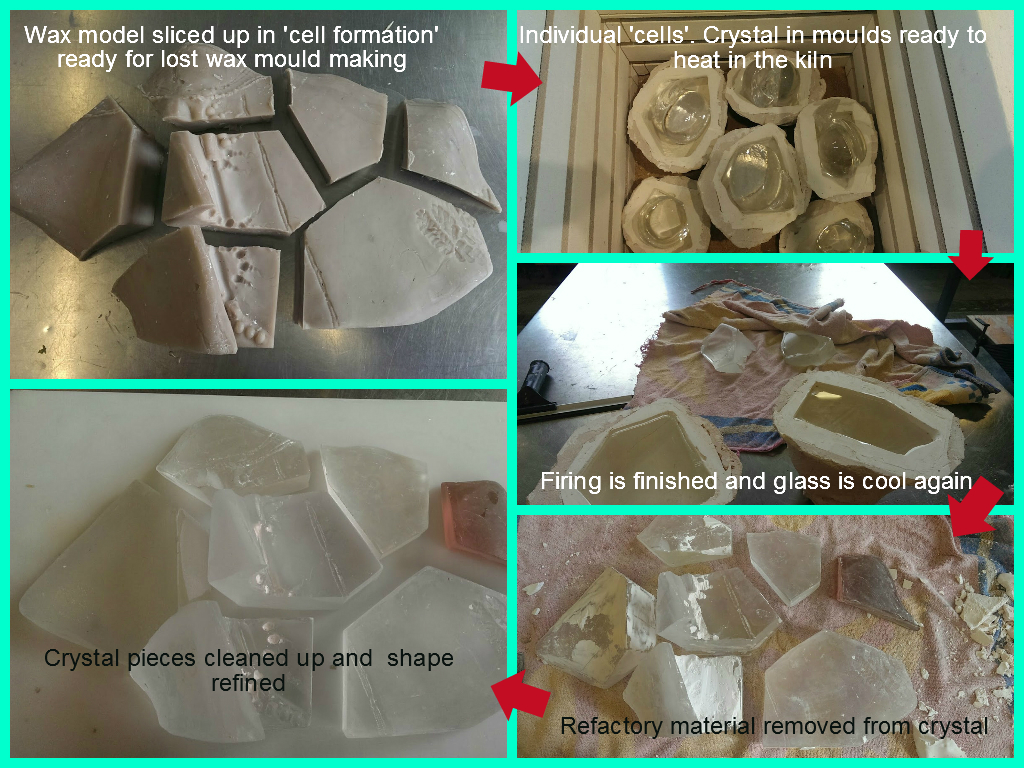 Here are all the pieces inside the final mould, ready to be recast. The delicate lines of the ‘cell walls’ are formed by lots of little bubbles created when the cast pieces meet each other in the final firing. The firing is slightly different for this process as the structure of the ‘cell wall’ or veiling can be distorted by too high a temperature or by too much heat. 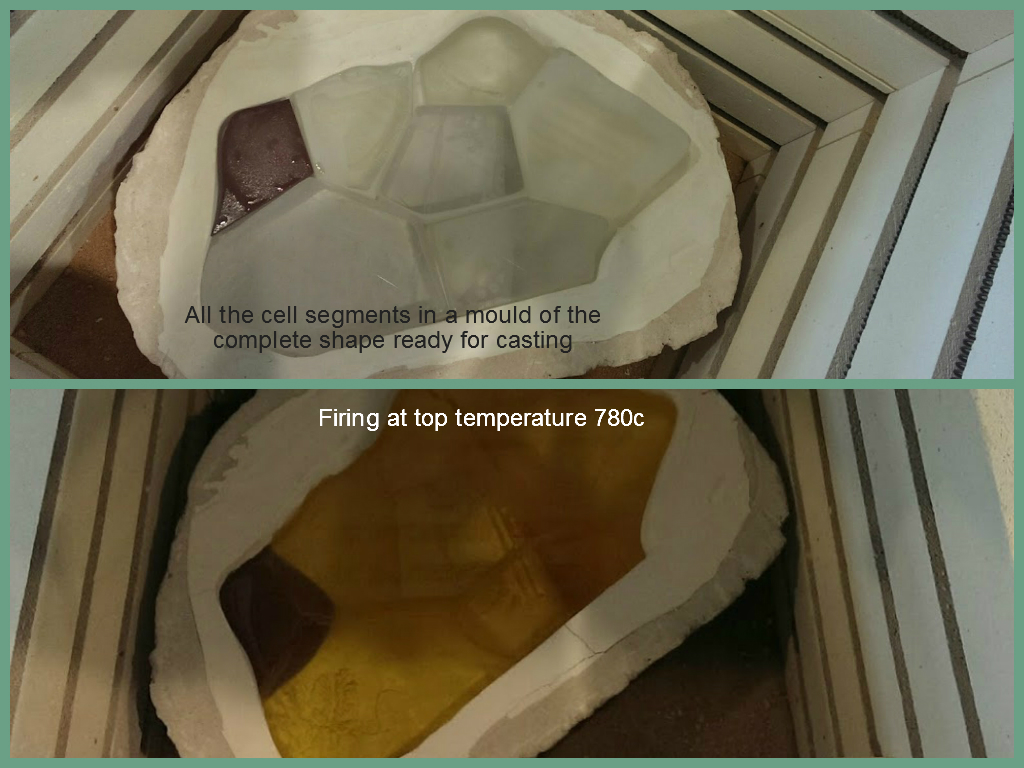 After the glass cools down, it will be ground and polished. After a second firing the surface is not as clean or smooth and requires grinding and polishing to get the surface back to a high reflective sheen.
I also sandblasted the back of this piece because the texture was too gritty, a result of 2 firings. I hadn’t realised I would need to cold work the precast pieces more than I did to achieve the normal silky surface of cast crystal.
I softened the sandblasted surface by rubbing it with pumice.
Finally, there is an engraved inscription at the base. 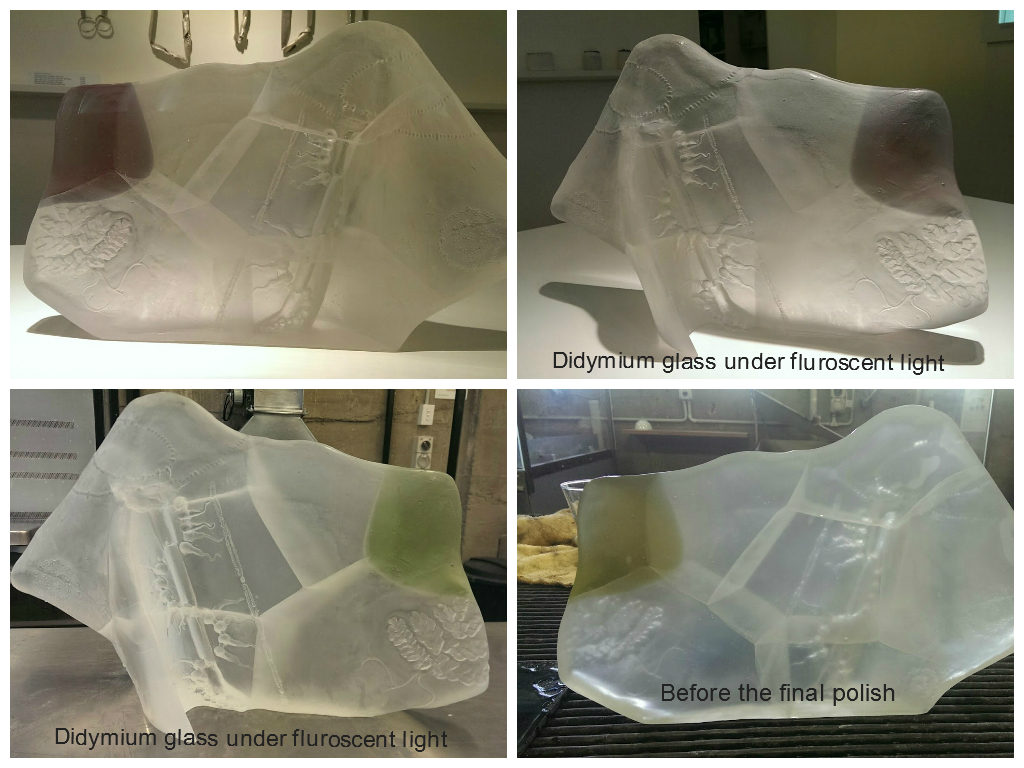 Thank you to Bilk Gallery for the opportunity to make a piece for such an interesting project, and to all the support and advice from fellow artists at the Glassworks.


Posted by Spikeabell at 2:02 PM No comments: